Based in London since 1994, New York-born contemporary art critic, editor and teacher Dr. Gilda Williams is Senior Lecturer on the MFA in Curating programme, Goldsmiths College (since 2009). She has also taught at the frieze academy, Sotheby’s Institute of Art, the Ruskin School of Art, Oxford University, and in the Guardian’s Masterclass series, among many others.

Her book How to Write About Contemporary Art (Thames&Hudson, 2014), now in seven languages, has been described as ‘the little red book everyone in the art world should have’ (Art Monthly, Feb 2015). Williams is a London correspondent for Artforum magazine and her writing has appeared in The Guardian, Time Out, frieze, Sight and Sound, Art in America, Parkett, Tate etc., Burlington, and many more. In 2020 she is an Evaluator for the Arts Writers Grant Program, The Andy Warhol Foundation | Creative Capital.

Edited anthologies include Fiona Tan, With the Other Hand. A Reader (snoeck, 2020);  ON&BY Andy Warhol (MIT/Whitechapel Press; 2016), a selection of 50 key writings on and by the most influential artist of the 20th century; and The Gothic (MIT/Whitechapel, 2007), on the Gothic spirit in contemporary visual culture.

From 1994-2005 Williams was Editor and Commissioning Editor (from 1997) for contemporary art for Phaidon Press, London. In 2013 she was a judge on the Max Mara Art Prize for Women Artists; in 2014 a nominator for the Paul Hamlyn Foundation Awards for Artists; in 2018 a judge for the Other Art Fair. Since 2016 Williams is a member of the Whitechapel Gallery Ventures Board, and the Advisory Board for the Contemporary Painters series, Lund Humphries art publishers, New York.

Dr. Williams is co-author of The Art Book for Children (Phaidon, 2005) which is translated into ten languages and was awarded an English Association prize for Best Non-Fiction Children’s Book in 2006. 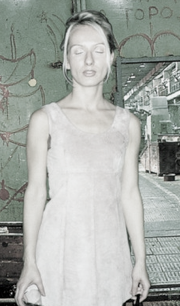 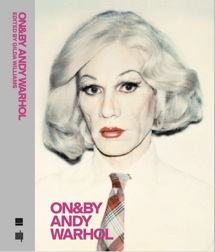 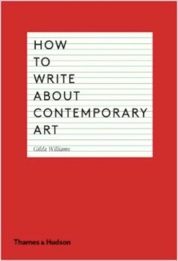 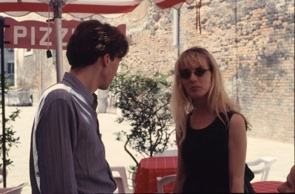 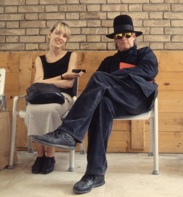